If you are looking for educational LEGO robotic kits for your middle schooler, then you are on the right page. We reviewed the best LEGO robot kits available on Amazon.

There’s nothing better for a child than a flourishing mind. Even adults find the joy and excitement of building their LEGO robot kit. Building a LEGO robot combines the fun of building LEGOs and the complexity of coding. Kids and adults alike will benefit from quality LEGO robots. We took a look at some of the best LEGO robotics kits available to see which robots stood out above the rest. We picked three LEGO robot kits that we feel give middle schoolers the perfect amount of challenge and fun when building the LEGO robot.

Building with educational LEGO has already become a big part of school subjects such as math and coding. While teaching math with LEGO can already happen from the first grade, building LEGO robots are more suitable for middle school students. When looking for an educational LEGO robotics kit for your middle schooler, it’s essential to choose robot kits that you know they’ll love. There are many robot kits available, but you don’t want to choose the wrong robots and be left with a pile of bricks that don’t work well together. Below we have three aspects that you should consider when buying LEGO robots for your middle schoolers.

Customization of the robots is critical, and having a LEGO robotics kit that keeps offering you new ways to layout your robot provides many more hours of fun and excitement. Having a LEGO kit that offers multiple designs of the robots is excellent and having one with many different coding and building features unique to those designs is even better. Find LEGO robot kits that enable you to learn building and programming.

Easy to Use Software

Although building LEGO robots are about coding and programming, they still help kids to learn a basic understanding of the tech. That’s why it’s essential to ensure that the software of the kits is easy to use and allows for plenty of learning to occur rather than frustration.

LEGO Robots that can interact with the world around them stand to teach children much more about the process of programming the robots. The world becomes an obstacle and is something the children must overcome through the building and coding process. With a quality robotics kit, this should be a standard feature.

Finding the perfect LEGO robotics kit for your middle schooler is all about knowing your children’s interests in building their own robots. The more advanced the robot, the more difficult the process.

Firstly, the LEGO robot kits had to have a mechanical aspect to it. Any LEGO products that were simply the design of a LEGO robot kit without any actual robotic features are not included.

Secondly, the LEGO robot had to be easy to use for middle schoolers. We didn’t want to promote any LEGO robot kits that were so advanced that not even the parent could adequately code it.

Finally, the LEGO sets had to be a fun build. It is all about creating something and enjoying the process. If the LEGO set was more frustrating than fun, we didn’t select the robot for the list.

Creativity and inspiration should be the goal of any excellent LEGO robotics kit. Growing up with robotics kits inspired many kids from the previous generation to dabble and find a career in computer sciences, so why not open an avenue for your child early? Here are our three favorite LEGO robot kits available today!

The Mindstorms line from LEGO has always been a leading producer of quality robotics kits. Their LEGO products are so good that they have even earned respect in the robot community has laid the foundation for many future robot enthusiasts. While the Mindstorm core laid the foundation for building LEGO robotics, the EV3 has quickly made a name for itself as one of the best robot kits available. The Mindstorms kits utilized their previous successes and made a transformable and fun LEGO robot kit.

In this LEGO Mindstorms robotics kit, you’ll receive 601 pieces and a smartphone, tablet, PC, and macOS control. It’s an easy to assemble LEGO kit that can be put together in merely a couple of hours. With the number of pieces available in this robot kit, you have access to five different robots and exciting designs that come with their unique robots and programming features. The main design – SPIK3R – is a standing LEGO robot that can walk, talk, and interact with objects. Other designs of robots include R3PTAR, TRACK3R, GRIPP3R, and EV3STORM.

The kids program with the LEGO Mindstorms EV3 programming software that comes with the LEGO robotics kit. This is an advanced but understandable coding language that is simple to attain and can be done by middle schoolers – with the help of adults. You can build and program this LEGO robot to walk, talk, roll (depending on the design), and interact with its environment. The features on this robot are truly incredible and make it seem like such a complex device when, in reality, building this robot is super easy and fun.

Customers are overwhelmingly in love with this LEGO Mindstorms robotics kit. Most who have purchased the robot kit were shocked at how simple the coding was to grasp. Kids of all ages love this robot and will put down anything to work on the robot and play with it. The robot building process is easy, and the instructions are simple to follow. Even the coding aspect of this LEGO robot isn’t too complex and makes kids feel though as they accomplished the process on their own.

The robot LEGO kit requires 6 AAs for the body and 2 AAAs for the remote. Unlike other LEGO robot kits, this robot is not wall-chargeable. Make sure you have a decent amount of batteries.

The LEGO Boost Creative Tool Box is like the younger brother of the Mindstorm EV3 as it is much more straightforward to operate and build. LEGO Boost has tailored this LEGO Boost robotics kit more towards the ages of 7-12 in terms of simplicity and design. Building this robot kit is easy, and the design has a younger feel to it. If you’re looking to get your middle schooler started in the world of LEGO robotics, this is a great first step to provide them. You don’t receive quite as many features, but this is a fantastic and fun first LEGO robot kit to build.

The first thing you might notice when accessing their LEGO product page is that this LEGO robotics kit has more pieces than the Mindstorm. Despite this, the Boost Creative Tool Box Set is easier to build and requires much less time. Most of the extra pieces of this LEGO Boost set are for the fun obstacles and to play games that you build to test your building and programming skills out. Kids can build and program the robot to do a whole host of things that involve the fun toys that come along with it. Caution cones, hockey sticks, and basketball hoops are a few of the featured extras.

If you have an iPhone, iPad, or Android tablet, then we highly recommend this LEGO Boost robot to you. The Boost robot kit only compatible with those products which will act as the move hub for the device. You control the robot and program the robot with the app that accompanies it. The robot can move, react to your speech, change its expression, and even grip items. If the base model is tiring, you can select from any of the five different designs that it can morph into.

Customers seem to agree that this LEGO Boost toolbox is the ultimate toy for children. A LEGO Boost robot introduces them to coding and programming skills at a very early age. The robot enables them to want to build the device without any help from the adults. It’s a simple robot that gets them started with new technology that has never before been accessible to kids. Getting your middle schooler interested in programming and design skills becomes easy with this toy.

The Boost robot kit must run on an Android 5.0 or higher, and anything lower will not be compatible. Other robot kits can run on PC and Mac operating systems. But this robot cannot, which has become a con in many customers’ eyes. If you have a newer version tablet from Android or iOS, then this will be a fantastic first time LEGO Boost robot kit for your middle schooler.

The LEGO Technic Remote-Controlled Stunt Racer is quite different from the first two robots we’ve listed. This LEGO robot kit is on our list because the building of the device gives kids an understanding of how the motor and programming works. The robot is more of a remote control car than a robot kit. The robot can be a significant first step for kids into the world of robotics. This set comes at the most affordable price on our list. This robot can be an excellent introduction for your child before purchasing one of the heavy hitters of the industry.

This is a remote control LEGO car that you build yourself. Even the controller – while it comes pre-assembled – the robot kit made out of LEGO bricks. You place the motors, the receivers, and the battery throughout the construction, which gives kids an understanding of how each functions with the other. This robot kit is a 2-in-1 set that enables kids to change the layout between the tracked vehicle and the stunt racer.

It’s compatible with LEGO bricks from similar robot kits. You can create the ultimate design based on what appeals to you. The vehicle can overcome rough terrain and pull some incredible tricks. On top of providing kids with a first taste of building their LEGO robots, this set is a blast to play with and will keep your middle schoolers occupied for hours at a time. This robot is an affordable and fun first step for parents and children alike.

This LEGO robot kit is a fun and easy way for kids to start understanding how a motor and receiver work together while offering them an exciting stunt car. These robots are much better suited for rough terrain and can often go quite fast. Parents who have purchased this robot kit claim their children play with the robot for hours after building it and rebuilding the robot.

This LEGO robotics kit is an affordable and fun first step to see if your students would be interested in building a full-on robot kit.

Building robots that come alive is for many middle schoolers one of the coolest experiences. Some middle schools teach their students how to cook, bake bread, and protect an egg from cracking on the ground. Many are beginning to see the benefit of teaching children how to code and building a LEGO robot can be educational. This fascination with creation and development should not be limited to the walls of the school. 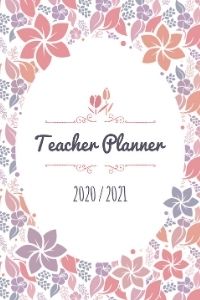