The 10 Best Dean Koontz Books Every Bookworm Should Read

Whether you’re seeking thrilling suspense, alluring mystery, or fast-paced sci-fi action, the stories by Dean Koontz will grip you with every word. As the creator of many New York Times #1 Bestsellers, Dean Koontz is one of the most popular authors.

Dean Koontz’s books are known for a mix of reality and paranoid perception with twisted fantasies. In many of his books, the main characters suffer from traumatic childhood experiences. His books are mostly intense thrillers with strong mystery elements and published under his own name. His most famous novel series include “Odd Thomas” and “Dragon Tears,” which are included in our list of the best Dean Koontz book to read.

Dean Koontz wrote more than 105 novels and sold over 450 million copies. He inspired many film adaptations, and he captured the minds of all those reading. Within his works, you’ll find heroes that are optimistic and compassionate. They are ready to brave the real horrors and shockingly dark secrets Dean Koontz has woven into their worlds. Fall back in your reading chair and find yourself glued to each page of his works as the novels set a higher standard for how thrilling storytelling should be. Cheer for the heroes, be terrified of the villains, and be amazed by all the dogs.

Here is our handpicked list of the ten best Dean Koontz books you should check out. All books are available on Amazon and RedShelf.

Let´s start with one of the best books from Dean Koontz. This supernatural mystery thriller is the book of titular Odd Thomas, a young man who can see dead people’s spirits and seek out their killers. Hero, for both living and dead, Odd Thomas finds himself in a case where dark forces seek to threaten everything he knows and loves, and he must prevent it with only one day left to go.

This book is excellent because it weaves suspense, humor, and heart together in the unique ways it can. Odd Thomas is a protagonist you want to root for no matter the circumstance, and following him on his quest is a vibrant and fulfilling experience.

Odd Thomas is certainly one of the best Dean Koontz books to read. It spawns six sequels, a 4 episode web series, a novella, and a live-action film adaptation starring the late Anton Yelchin. With an impending disaster looming and the clock running out, this tale of heroism in the face of tragedy will keep you on the edge of your seat.

The Jane Hawk series thrilling Koontz novels such as The Silent Corner, The Forbidden Door, and, most recently, The Night Window. The suspenseful Jane Hawk series follows an FBI agent who seeks to uncover the truth behind her husband’s sudden suicide, along with the deaths of several others. She will uncover a dark secret so terrifying it will leave her with a target on her very back.

What makes this series from Dean Koontz great is the gripping suspense and page-turning action. Each book in this 5 part series is a New York Times Bestseller filled to the brim with moments that will make you never want to let go.

When two sisters return to their hometown to find everyone dead, a great mystery unfolds as they discover the existence of a hidden enemy responsible for many disappearances throughout history. The horror on display in Phantoms is what sets it apart from the rest, with the true terror of the novel’s relentless monster dawning on each of the survivors.

The book also uniquely explores the history, tying together famous real-world mysteries like the Roanoke disappearance and the vanishing village of Anjikuni Lake into this creature, making it all the more terrifying. The monster that can change shape and absorb its victims’ thoughts is ready to feed once again.

In 1998 it was made into a film starring Peter O’Toole, Rose McGowan, and Ben Affleck.

For those seeking something a little more exciting but also fun, the Koontz novel Watchers is an excellent story about man and man’s best friend. Inspired by his well-known love for dogs, Watchers begins when a man discovers a brilliant golden retriever. The two are soon involved in a thrilling adventure involving government experimentation and genetically engineered creatures.

This book was significant enough to warrant three separate films. All are using it as the basis for their plot lines, but many agree the book itself is the clear winner and deserves a spot on the list of the best Dean Koontz books.

This book is what launched Dean Koontz into his status as a best-selling author, and it’s easy to see why. Einstein, the dog, steals the show, and you’ll be rooting for him every step of the way. 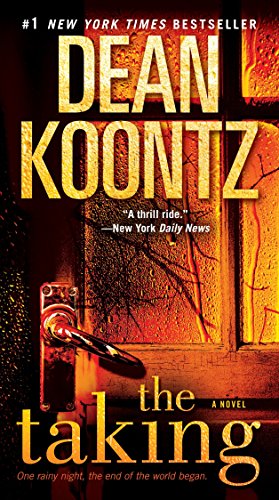 The Taking will certainly take you in! When the world is under siege, the stories of a small town battling for survival will grip you on every word. A mysterious fog has enveloped the town of Black Lake. A young couple Molly and Niel, find their lives turned upside down.

What makes this book with the adventurous story stand out is that it brings the apocalypse’s horrors right to the main character’s doorstep. Readers face struggles both mentally and outwardly. As Molly and Niel uncover what’s going on in the outside world, they must come together with their friends and neighbors to face another far more terrifying threat.

One of the most epic stories in the repertoire, you’ll find the scope of the crisis ever increasing as the stakes get higher and higher. Despite that, the story in this book never loses touch of making each character and their personal experience the book’s emotional core. The plot will twist and turn. The characters will stay in your minds long after you put the book down. And the fear will send a chill down your spine. Thoughtful religious references mix with science fiction thrills to craft a story with an intriguing plot and heartfelt message that good will always prevail over evil in the end.

If you’re a fan of T.S Elliot and H.P Lovecraft, you’ll be right at home for The Taking.

A suspenseful journey awaits from several unique characters (even a dog!), as nonstop suspense will keep you yearning for more. The San Diego Union-Tribune calls it “A razor-sharp, nonstop, suspenseful story,” and we can not find truer words. Fans fell in love with the sympathetic characters, surprising plot turns, and fast pace.

Are you someone who loves compelling stories with great characters? If so, you’re someone who is going to love Dragon Tears. Despite the book title, there are no actual dragons, but the page-turning thrills and lovable canine Woofer will keep you satisfied all the same.

The name says it all; you know just for what you’re in. The struggle between protagonist Chyna and a vicious serial killer sets the stage in this gripping novel. As Chyna struggles to overcome this harrowing foe, she will have to give everything she has to make sure he doesn’t kill again, while the fate of an innocent life hangs in the balance.

What sets the book Intensity apart is the total deep dive into the character’s psyche. You’ll know what makes Chyna and the killer Edglar tick, and you’ll understand what brought them to that night, whether it be Chyna’s hopeful and moral worldview or Edglar’s nihilistic sadism. Each of them is explored in great depth. Despite spending time on them, the pacing never drags down, with great action scenes to complement the mental warfare and deadly cat and mouse dynamics.

Follow every step of Chyna’s harrowing encounter, if you dare, as gripping action, suspense, and of course, Intensity await you in this page-turning ride.

When a few strangers from all walks of life come together, a chilling tale begins. Dominick, Ernie, Ginger, and Brendan didn’t think they would have anything in common, except the strange occurrences suddenly plaguing them. As their waking days turned into walking nightmares, each of them felt something calling out to them. Tracing their fears back to a weekend in a hotel and some haunting pictures they don’t remember taking, the heroes find each other, and a much darker conspiracy awaiting them.

What sets this book apart is how well the author balances the sprawling cast despite their differences. The plot will string both you and the characters along until you’re just as invested as each of them. You experience the emotions of every single character as the mystery twists and turns around them.

If you seek a tale of humanity, friendship, and courage intertwined with mystery and fear, then look no further as Strangers are calling out to you, and it’s something you don’t want to miss. 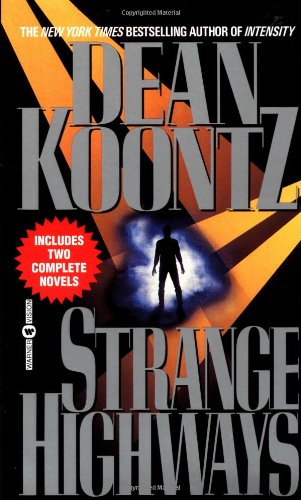 Strange Highways is an anthology series featuring one novel, one novella, and twelve individual short stories. Each book is a rewarding experience on its own. The whole package makes an incredible one-stop destination for those seeking page-turning action.

Are you looking for something horrifying that will wake you up at night or an optimistic tale that will leave you feeling a little bit better? The Black Pumpkin story features a family victimized by an unknown creature after buying a suspicious Jack-o-Lantern. A lone teacher takes on an alien invasion in Miss Attila the Hun. A boy with psychic powers falls for a girl he rescues in Ollie’s Hands. And the titular Strange Highways features a man given a chance to relive the night that changed his life forever.

With all of these stories and more, you will indeed find something that resonates with you as much as any full-fledged novel. No matter what you’re looking for, you’re bound to find something unexpected and thrilling in this book collection. 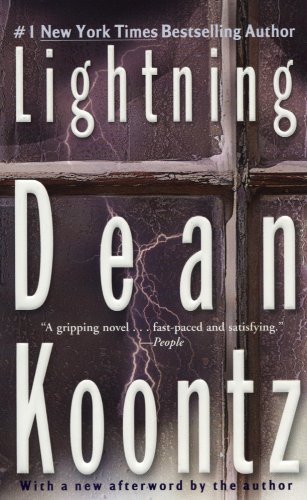 A sci-fi book with some perplexing twists and turns. Lightning is one of the most famous from Dean Koontz.

A young Laura was born and lived in strange circumstances. Every time disaster is about to strike, and a mysterious stranger saves her. The stranger always seems to know just when to appear. As the guardian’s shocking identity reveals itself, the book explores even more interesting subjects and ideas.

If you’re looking for fast action, suspenseful mystery, and well-developed characters, this book will keep your eyes glued to its pages as you hang on every word. This striking tale that expands its scope beyond time and space will hit you with more power than a bolt of actual lightning.